Haters Gonna Hate? How to Deal with Racial Discrimination 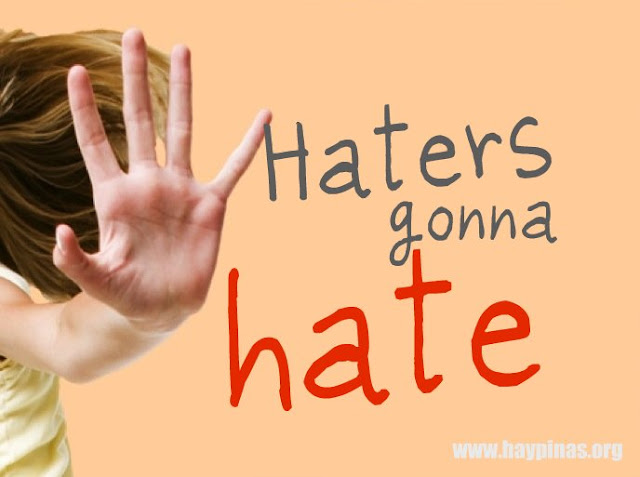 Derek Valencia, a Filipino-American in California, received curious mail. When he opened the letter, it basically rants against Filipinos in the town as "filthy" and "unwanted". He posted a photo of the printout on his Facebook and asked: "Anyone else in American canyon get this letter in the mail?"

But while Valencia received mailed-in letter, Filipinos based in Singapore were flamed online when popular fast-food chain Jollibee opened its first store in the city-state a few weeks ago. Filipinos were variously described as "cockroach", "prostitute", and "retarded" among other insults by some local Singaporeans in online comments. There was even a "Boycott Jollibee" Facebook page to collect the hate.

This just proves how prone overseas Filipinos are to racism on a daily basis.

What is racism - and is it a crime?

According to RacismNoWay, racism is "offensive or aggressive behavior to members of another race". Overseas Filipinos are vulnerable to such discrimination, with around 10 million Filipinos scattered across the globe. It's a pretty serious issue that don't seem to be addressed squarely enough: some Filipinos have been driven out of communities, while more unfortunate ones have even been framed up for crimes they didn't commit.

If you're an OFW, racism also covers being rejected or fired from a job due to your perceived "strangeness". In most countries, it is illegal if someone treats you differently just because of your skin color, creed, or accent. Some instances are subtle enough yet still exact a chilling reaction. At its most extreme, racism could turn violent.

Immediately report personal threats and untoward incidents to competent authorities. Valencia did just that - and in a follow up by the Huffington Post, the area's police chief described the letter as "an unusual event" and promised to investigate whether or not the letter could be considered a hate crime.

What to do if you're a victim?

Racism is a deeply emotional issue - it is unreasonable and hateful. So respond to it with caution: keep your cool, be confident in your own skin, and either walk away at the moment (and plan your next move) or assert your right to be treated with due respect. For milder forms of racism, seeking out a dialogue with the offending party under the presence of a more objective mediator (such as in work or school contexts) might help bridge an understanding.

Cyber-racism - a form of cyber-bullying - is another matter. In Singapore, for example, there are no regulations yet for cyber-bullying although some existing law may apply especially if there's a death threat. Guard yourself from fanning the flame by responding with more negative things to say (check if you have racist tendencies too!). Stick to the issue at hand if you're compelled to reply.

If an incident leaves you fearing for your safety, alert the local police. Recall and record what has transpired so you can reference it when you give your formal statement. If it involves violent behavior and someone witnessed the scene, ask for their contact information to help you out. You should also let friends and family know about such threats and incidents.

Have you been a victim of racism? Tell us in Hay Pinas! forums or in the comment section below how you dealt with the experience. To learn more about racism, the BBC provides a fact sheet on important things you should remember.
Read More 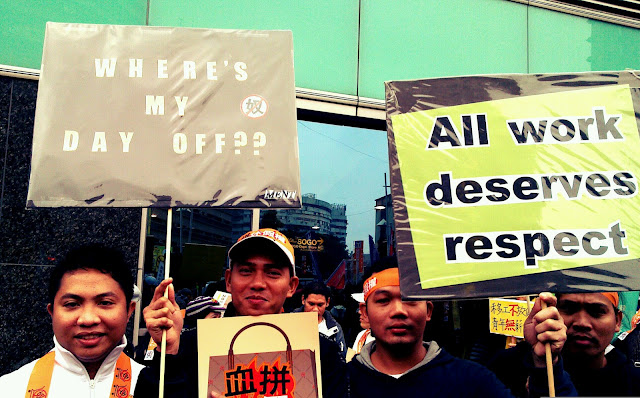 We've had countless Filipinas, some of them our school teachers, secretaries, and midwives go abroad to work as domestic helpers. They trade the comfort of family and loved ones for higher salaries than they could find locally. Their remittances in turn become the lifeblood for their homes, putting food on the table, sending off their kids to good schools, and pooling money for future investments.

They start jobs with foreign employers prepared to devote their time and care. But soon enough, many would find out that their contracts - as caregivers, babysitters, or live-in helpers - demand much more. From dawn to dusk, they take care of minors and the elderly, and at the same time clean, cook, and run various errands. A 24/7 commitment indeed - and sometimes without a day off. Call it slave labor, but they may also be "shared" by their employers' family or friends to do as much in extra settings too. To top it off, they are also prone to threats, abuse, and violence.

Domestic helpers can only take so much before reaching a breaking point. No wonder, many of them would rather "run away" from their employers than finish their contracts. This is not without legal and financial ramifications - these domestic helpers borrowed money for placement fees with manpower agencies to clinch employment contracts. Poor as they were when they went abroad for jobs, they now also become potential renegades from law.

What policy changes are needed to protect domestic helpers from this tragic situation? Alex Wolfgram and Nick Vaky take off from this point in their documentary project "I Have it Maid". They have started research in Taiwan, which is host to thousands of domestic helpers. But their work is not yet complete as they need to capture the perspective from domestic helpers departing the Philippines and Southeast Asian nations. They need support for their project through their KickStarter page. How to also take care of domestic helpers - the answer is up to us to piece together.