The Asian Dream According to Taipei 101 and its Damper Babies 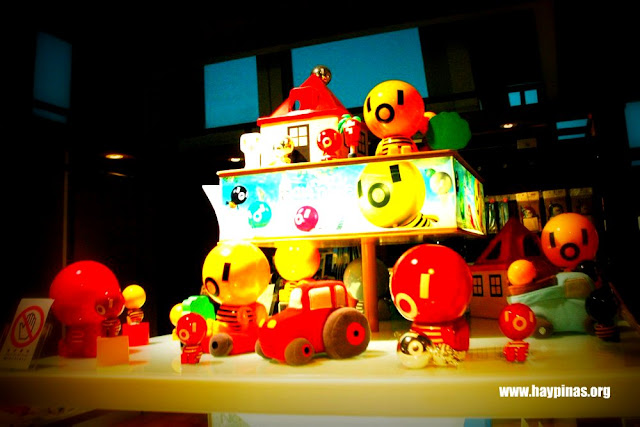 Whenever my wife and I have family and friends who visit us in Taiwan, we take them to Taipei 101. Taking the stroll from the City Hall MRT station to Xinyi district's string of boutique shops, our visitors would excitedly gawk at the imposing curiosity that is Taipei 101. The building rises 508 meters from the ground and towers over the sprawling metropolis. The humble but pliant bamboo: that's where Taipei 101 takes design inspiration from. Fittingly so as the bamboo can withstand nature’s temper, braving against oriental typhoons and earthquakes. The building’s aesthetic is very much Asian, but there’s no mistaking its world-class stature. Glistening like an emerald on a clear day, I’ve associated the iconic Taipei 101 building with the Taiwanese – and as well as the Asian – dream.

Although it now has runner-up status as the tallest skyscraper on the planet, Taipei 101 still has plenty to boast of. The building is technologically advanced (world-record for the fastest elevator speed) and environmentally conscious as well (recognized as the largest “green building” by international design consortiums). And it has cuteness overload too! Inside the building, you’ll see the “Damper Babies”. These cheerful-looking mascots are based on the spherical 6-ton dampers that balance the building from strong winds. “Damper Babies” represent decidedly Taiwanese ideals: Rich Gold, Cool Black, Smart Silver, and Lucky Red. From my daily work life in Taiwan, I want to share how I came to witness virtues by the “Damper Babies” come to life.

In Taiwan, good fortune comes from hard work and determination. Riding a taxi on my way to work, the driver casually told me that he is a stockholder of my company. I was amused as salary men like me back in the Philippines don't commonly invest in stocks. But it’s not just the taxi driver though – our neighborhood cook had also informed me before that he bought stocks of my company. This is what impressed me most about Taiwan – everyone seems to have a keen “business sense”. Of course, it takes careful consideration of where money should be invested, studying the risk and making informed decisions. Away from our families, migrant workers like us are tempted to splurge our paycheck on the latest tech gizmos or designer bags – we mistake it as an excuse for our homesickness. But hearing how the Taiwanese handle their money so well, we learn how to better invest our hard-earned income too.

How we envy the Taiwanese who seem to be blessed with great genes – they snack on street food but don’t get fat. Beneath the fashionable clothes, their veneer of coolness isn’t only skin-deep: they’re at the pink of health as well. In Taiwan, people have an active and sporty lifestyle – it’s common to see even the elderly doing calisthenics at the park. While lining up to pay our groceries the other time, the man ahead of us stacked his purchases from his cart: fruit juices, wheat bread, and yogurt. Looking at our items, we have chips, chocolates, and liters of cola! All those processed food could only clog our bodies with fat. It got me to thinking that health comes from a holistic lifestyle: eat good, feel good, and look good. Fitting well in jeans is an added bonus – not the end all. Before jumping to another diet fad and workout craze, the rest of the world should look at hints shared by people of this Asian country.

Taipei’s busy streets are an intersection of old wisdom and high-tech. I work for the company that introduced Google’s Android operating system to the world. Just five years ago, the company was not internationally famous. Thanks to continued innovation, the company now stands to be the only Taiwanese company in the global list of the most valuable 100 brands. Such an amazing feat indeed. But the company couldn’t have leapfrogged to success on its own – it shares the accolades with the talented people working for it. Whenever I see groups of students poring over books in the MRT or in fast-food restaurants, I could picture my co-workers as also a curious bunch when they were younger. I’m always amazed that some of the busiest stores in Taiwan are bookstores, at a time when many in Western countries are shutting down due to losing readership to the Internet. Time-honored lessons and forward-looking technology should not be a contradiction – they can mesh well, as shown by Taiwan.

From Taipei 101’s viewing deck, the skyline is a sight to behold. Down below, we see the carefully zoned grids of city roads and the conserved mountain greens. At this vantage point, we come to appreciate Taiwan and its role in what’s called as “the Asian century”. Luck is what we make of it, as the saying goes. Despite political limitations, Taiwan has rapidly industrialized and transformed into a knowledge-based economy. It’s an inspiration to its neighbors across the Pacific border, the Philippines included. At the heart of its democracy are its people. That’s why public service and health care are efficient here. And why its citizens have access to affordable, excellent education. Cultural richness also contributes to the Taiwanese success story. Like many fresh-eyed foreign workers who found themselves in Taiwan before us, my wife and I appreciate the opportunity to not only earn while staying in this beautiful country, but to also nurture goodwill and friendship. Along with family and friends at the top of Taipei 101, we are reminded to dream big and reach for the skies.
Read More 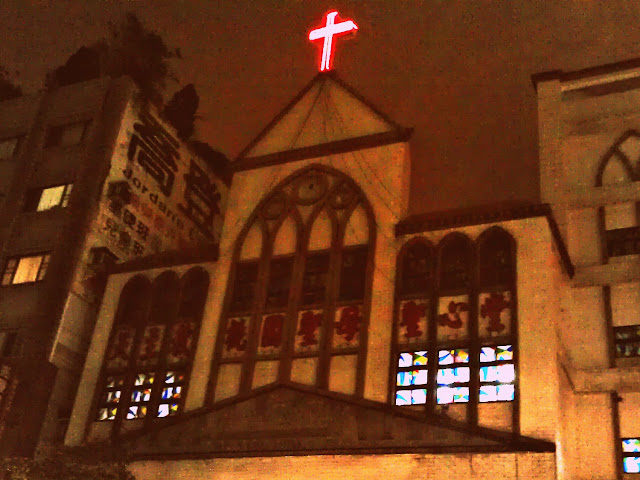 In celebration of World Sunday for Refugees and Migrants, www.HayPinas.org shares research on themes from Church homilies that address the concerns of Filipino workers in Taiwan. Presented during the International Association for Intercultural Studies annual convention held in Taiwan, the study suggests that overseas Filipinos take on the roles of "surveyor" (of the host society), "survivor" (of migrant problems and challenges), and "savior-returnee" (of the eventual return home). Watch this video for more information.