Are You Afraid of Money? 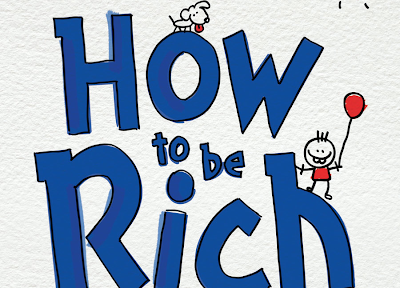 I came across this phrase "He's not afraid of money anymore..." in a book called How to be Rich: The Couple's Guide to a Rich Life Without Worrying About Money by Chuck Rylant. It's about a married couple, Janet and Richard, who often find themselves with money problems that most couples face, ignore, and later on endure.

Was I afraid?
I asked myself if I too was afraid of money. The closest answer I can get was this: When I tried to read the said book in a bus, I really didn't want other people to see the title. The book was screaming out in big font size "How to be Rich" and I didn't want anybody to see me as a person who cared about this dirty little thing called money.

So maybe that leaves me afraid of it at some point. The next question is, what am I doing here then, out of my country, trying to earn enough dough... if deep inside I don't even like the thought of having much of it?

Are you afraid too?
Let's start with a cliche hypothetical question: What would you do if you win five million pesos? If your answer is that you want to spend it on anything that's not income generating, then maybe you also are iffy about money. Bo Sanchez, in one of his inspirational talks on personal finance, said that many people cannot stand the idea of having too much money in their pockets. Subconsciously, it makes them uneasy so they dispose it. And most of the time, on purchases that don't have much value.

What if your answer is keep it: say, put it in a bank or under your mattress? Does that make you less afraid? Probably not. Because you haven't done anything to control or manage it. If I'm afraid of spiders, my way to cope would be to forget that it's there.

Here's the truth. Our society doesn't like the idea that we're working for money. There's a dirty stigma to it, like it's just plain wrong considering most barely get by. Millions of Filipinos say that they're working abroad because of their families. The sacrifice is worth it for the country. It's for our collective future. But mention that you're going to work abroad because you want to be rich and be financially free: it's open to misinterpretation that you're half a mercenary. So, most of us don't consider financial planning as necessary, as along as we are able to provide for our families one payday at a time.

Why we shouldn't be afraid
There are many consequences from not knowing how to plan and handle income and finances. Sadly,  a lot of overseas Filipinos remain clueless about how money works and are left with two common options:

What I've learned from this book is that money is not an indecipherable monster. Sure, it can be so overwhelming and very tiring to understand but it shouldn't stop anyone from learning how to spend and save it smartly. Couples, more importantly, should work together in achieving financial freedom.

Janet and Richard found out that with a lot of learning and planning, they not only took control of their finances but also saved their marriage because they didn't have to stress about trying to make both ends meet everyday.

The book How to be Rich is nice, simple, and practical. If you're married and still working your way to financial literacy like us, I recommend that you read it (see excerpts here).

***Thanks M for giving us a copy for Christmas!

Our Favorite [It's more fun in the Philippines] Memes

Posted on 1/21/2012 with No comments
#itsmorefuninthephilippines may be one of the longest hashtags we've seen on Twitter but it definitely hits home. With all the catchy and funny contributions from Filipinos the world over, we couldn't agree more.

As a matter of fact, it makes us crave for home all the more! Hay Pinas, we miss you so.

(Note: Photos used in this article belong to their respective copyright owners.) 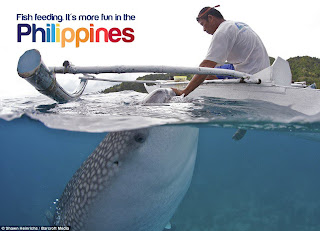 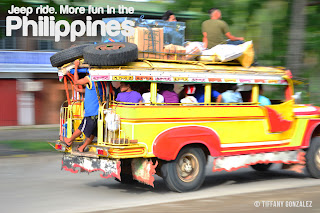 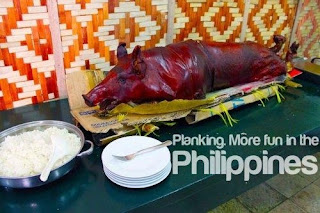 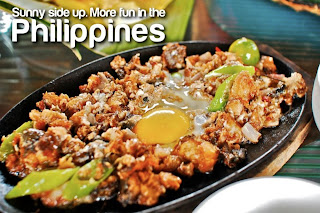 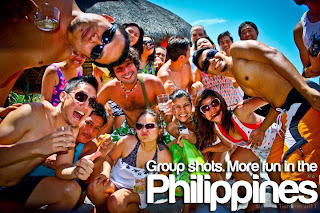 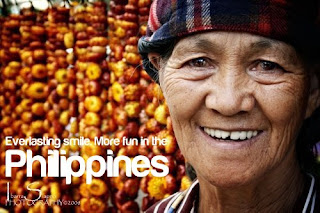 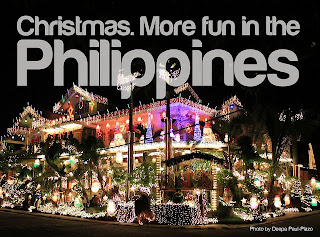 Update: Department of Tourism recently launched a campaign series of commercials and the official AVP. Show some love and share it with your friends and family. 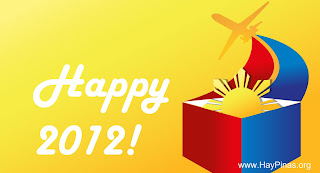 You know what most of us say: "Another day, another dollar".

Money to save and send back home keeps us motivated, so to speak. Our government relishes billion dollar remittances from us every year. But there's more to being away from home than money-making. Here are inflation-proof ways to contribute as Filipinos wherever we may be:

I formed a favorable impression of Taiwan, not through their government officials or police officers, but because of their taxi drivers. It may just be my experience, but most taxi drivers I came across with here are kind, honest, and prompt. Whenever I get the chance to speak with them (sometimes through charades), most are willing to teach me a few Mandarin words to help me get by. I also rememeber a time when a taxi driver made a wrong turn, and he gave me back half of the money I paid him because he said it's his fault.

In this modern age when everyone can easily draw conclusions about a country with just a few clicks of a mouse, it's not enough to just speak well of the Philippines or recommend good beaches. Most often, we get overly sensitive when we hear negative comments from other people about our country because we believe it's not fair. If a foreign coworker thinks that our airports are full of red tape, instead of being defensive, strive hard to be the most efficient employee in your company. That way, they don't have a chance to generalize because you can easily prove them wrong.

2) Set your 2012 financial goals
Come on, pick up a pen and paper and write down your financial targets this year. And buying a new cellphone shouldn't be the only item in the list. Answer simple questions like: How much do you intend to save this year? How will you do it? What are your potential investments this year? When do you plan to return home? Jot it down and work it.

3) Respect the law wherever you are
A friend of mine once told me that Filipinos are good citizens of another country. I didn't believe it but true enough, most of us, even myself, line up to wait for a bus. It may be because we have a lot to risk in a foreign land.

But when nothing is at risk and nobody's watching, most seem to go on an addiction relapse (see proof here). Train yourself to obey the simplest of laws no matter what. If we can do it abroad, then it's not impossible to have some law and order back home.

When I came back in Manila for a vacation, I caught myself standing on the right side of the mall escalator. It's not a big thing, but it's one of my personal achievements. Of course, there's still the major ones like being on time...and that's one of the things I still have to work on for 2012.

5) Do not let go or forget your own roots
I have an aunt who impose Filipino language-only rule in their Canadian home so that my cousins won't forget their native tongue. That one is just too amazing for me.

6) Learn something new everyday
I've been asking a friend to join Photoshop classes for OFWs because he may find it interesting. He, however, told me he won't be using it in his job at a factory. Now that his contract already ended, he emailed me and admitted that he should've  had because he didn't know what to include in his resume now that he's looking for a job in Manila.

It's also not just about what to add in your resume. Learn something new to discover new things about yourself. Who knows, it may be a big contribution to our nation someday.

7) Support our local industries and businesses
Country correspondent Merlisa Biscocho said it right: Don't buy exclusively stateside. Instead of sending your children a new Xbox, why not sponsor them a few trips to watch local theater or movies.

8) Deepen your relationships with family
Times are easier now. We don't have to wait for courier to hear news from our families. We now have email, Facebook, Skype, and even Chikka. So how difficult is this resolution then? Because it's so easy, the value we put in it also decreases. When we were young, my mom would record us singing over a cassette recorder to send to my dad in Saudi. Now that we have the Internet, communication shouldn't stop with Facebook wall posts like "Ma, thanks sa iPhone. ♥♥♥"

9) Teach people how to fish
The proverb “Give a man a fish and he will eat for a day. Teach him how to fish and he will eat for a lifetime” is probably easy to understand but difficult to do. There are a lot of OFWs who support not only their immediate families, but also their families' families. Our seamstress, for example, is working abroad to fend for her grandchildren. Is it wrong? We're not in the position to say so, but sometimes tough love can help a person, even a generation, go a long way.

10) Share what you know with fellow Filipinos abroad
Michael So (or Kuya Mhikey), an overseas Filipino in Taiwan, spearheaded training programs to help migrant workers learn how technology can reconnect them to their families back home. The advocacy of IT Ministry of the Hope Workers Center continues to grow for more than seven years now.

Regina Arquiza, a good friend of mine, hosts a radio program in Korea that addresses different concerns and issues of Filipino migrants. Recently, she won the 1st Migration Advocacy and Media Awards for Radio Journalism by the Commission on Filipinos Overseas (CFO).

Mhike and Regina are among the dwindling few who left the country but didn't let go. And so we say to you, share your talents, make the most out of your overseas experience, be the best person you can be, and don't let go of the true essence of becoming a Filipino.


Got more ideas to share? Join our community on Facebook and tell us your new year's resolution for 2012!
Read More
Newer Posts Older Posts Home
Subscribe to: Posts (Atom)